Cost of Living in Edmonton, Alberta 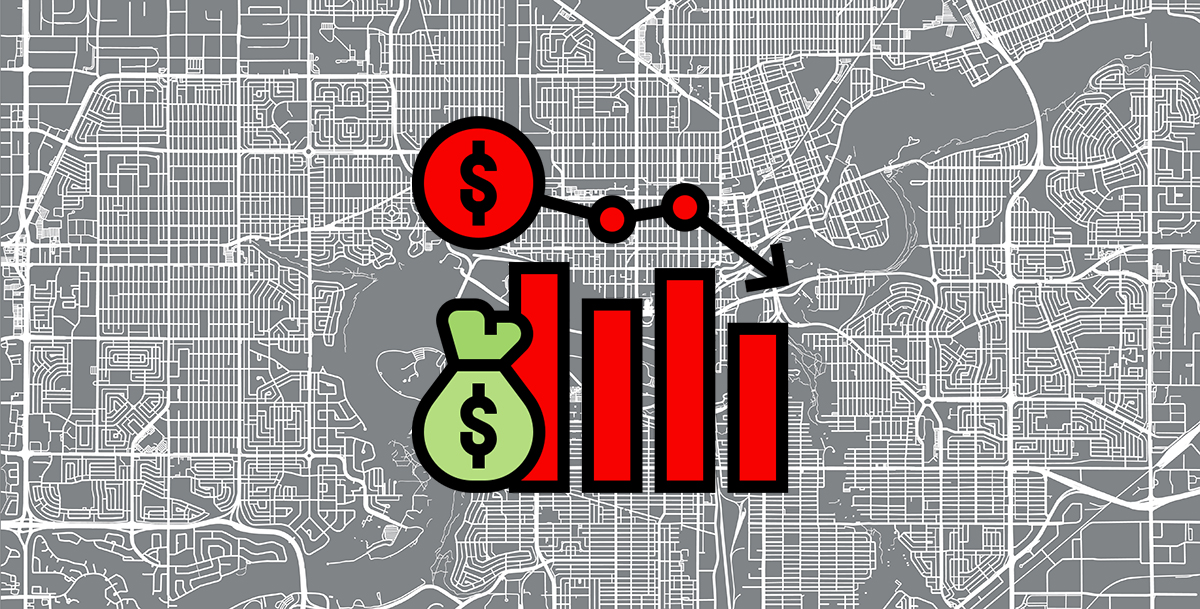 Cost of Living in Edmonton, Alberta

Looking at moving to Edmonton, Alberta? Unsure of what the cost of living is here? Want know how our job market is in relevance to our housing market? … Then this post is for you!

"The resiliency of the Edmonton economy is reflected in the city's continuing employment growth. With a well-diversified industrial base Edmonton continues to attract individuals seeking employment and investment opportunities." - John Rose, Edmonton Chief Economist

Let’s start with some key points about Edmonton and why the cost of living and high wages is great!

The economy in Edmonton, Alberta, is strong and currently growing. Although the cost of housing is significantly lower than the rest of the country, incomes are generally higher. Experts say that this is the result of exploding economic growth. The metro area of Edmonton has a population of 1,491,000, making it the second-largest city in the province of Alberta. A population this size represents almost a quarter of Alberta, with a competitive employment rate and a steady housing market. People who move to Edmonton may enjoy this balance of higher-than-average incomes and lower-than-average housing costs. Those who are hoping to find a haven from areas with the highest cost of living, like Vancouver or Toronto, could be rewarded with an affordable, pleasant alternative in Edmonton. In addition to higher incomes, many aspects of life in this city are a bit more expensive, such as groceries, dining out, and transportation. In exchange, services like childcare tend to cost.

Edmonton has a lower cost of housing than many other prominent cities in Canada. Home prices for Edmonton track closely to the average home value in Alberta, which is about $400,000. At the national level, Canadian home prices are close to $600,000, around 50%higher than Edmonton.

At more than $1 million, average home prices in the greater Vancouver area are among the most expensive for the country. Toronto is also more than double the price of Edmonton housing, at nearly $900,000 for a typical home. Montreal is a bit more affordable than Edmonton at about $410,000.

The real estate market in Edmonton shows relatively strong growth from year to year. The change from 2019 to 2020 ranged from 5% to 7%, depending on the type of property. Buyers can expect to pay about $450,000 for a single-family home in Edmonton and closer to $235,000 for a condominium. Prices vary based on neighborhood. The median price of a home in Edmonton is about $400,000, compared to around $270,000 for properties in the central part of the Edmonton metropolitan area. The Southwest metro area has the highest home values, which are about $475,000.

Cost of UTILITIES in Edmonton

The typical cost for utilities, including gas and electricity, ranges from $150 to $250 per month in Edmonton. Exact prices relate to the season, size of the home, and energy consumption. Water, sewer, and trash prices are about $80 to $120 per month. Internet services average a little higher than $50 per month, depending on the service plan. Some companies offer Internet, television, and phone services together, which can range from $120to $180 per month. Most Edmonton residents pay about $1,000 per year for home insurance, translating to a just under $100 per month. Although these averages help people know what to expect, it is important to remember that insurance rates depend on a variety of factors, such as:

Those who are looking for the lowest rates may need to shop around and get multiple quotes before they make a choice.

Cost of FOOD AND GROCERIES

The average monthly expense for groceries in Edmonton is about $200 to $400 per week. This includes about $2 for a liter of milk, $4 for one-dozen eggs, and $14 for half a kilogram of local cheese. Prices are dependent on product choices, selection, and consumption. People who are looking for the lowest prices on groceries in Edmonton should search for stores like NoFrills. These stores may also offer price matching on advertisements from other stores.

The price of restaurants in Edmonton depends on the type and the amount of food purchased. For example, a fast-food restaurant meal costs about $10 per person. By comparison, an inexpensive, casual restaurant averages about $17 per person. A large meal with multiple courses for two people costs between $70 and $90 total. This range may not include drinks, such as an imported beer or moderately priced bottle of wine.

Cost of TRANSPORTATION in Edmonton

Many people get around Edmonton by car. gas prices range from 90 cents to $1.00 per liter. The least expensive places to buy petrol generally include Costco, CO-OP, and Petro-Canada. These costs are similar to other parts of Alberta. The average price of auto insurance in Edmonton is $2,500 per year, which breaks down to a little more than $200 per month. People should keep in mind that there are many aspects that can affect an insurance estimate, such as the driver's age, experience, and driving record.

Calling a taxi averages about $3.50 to $3.75 to start, with increases based on the number of kilometers in total distance for the trip. Single use passes for the bus or light rail are around the same price, which is $3.25 apiece. A monthly pass for these tickets and other types of public transport average about $100 per month.

Cost of HEALTHCARE in Edmonton

Residents of Edmonton mostly rely on the Alberta Health Care Insurance Plan for coverage, an insurance plan financed and administered by the province. This plan is designed to be fairly comprehensive, but it does not cover everything. For healthcare, the AHCIP provides full coverage for:

As a general rule, the coverage residents will receive depends on necessity. This means that people often need to follow a specific protocol to ensure visits or procedures are covered. Residents of Alberta may spend up to 30 percent extra on services that are only partially covered or not covered by the AHCIP. Although the province has an insurance plan for everyone, many people decide to purchase a supplemental insurance plan that covers other aspects of healthcare, such as vision or dental. This coverage starts at almost $100 per month.

Cost of CHILDCARE in Edmonton

Those who send a child to full-time care during the day can expect to pay $550 to $950 per month in Edmonton. Infants are the most expensive, while school-age children are the least expensive. Those who use part-time childcare will pay about $40 to $50 per day. These ranges are about 5 percent lower than costs for the country as a whole. Families who qualify may be eligible for childcare subsidies up to about $750 per month. Some families prefer to hire a nanny to care for their children inside their home. A full-time nanny in Edmonton costs around $15 to $20 per hour.

With a population of nearly 1.5 million residents, the Edmonton metropolitan area offers a variety of entertainment options. The prices people pay for leisure activities depend on their budgets and the type of entertainment they choose. Many parks are free, and some museums are as well. Otherwise, people can expect to pay about $15 for a ticket to see a film, compared to at least $100 for a ticket to a theatre performance. At around $20 to $50, an indoor swimming pool session or bowling are moderately priced. A day out at an amusement park or the zoo costs around $75 to $150 for a group of people.

Provinces set tax rates based on a variety of factors, which means that rates can be significantly different across the country. Alberta sets a Goods and Services Tax of 5 percent and does not levy a Provincial Sales Tax. As such, Alberta's tax rate on goods and services is 5percent, while it may be as high as 15 percent in other provinces.

FINAL NOTES ON COST OF LIVING IN EDMONTON, ALBERTA

Edmonton's median household income is relatively high compared to Canada as a whole. Researchers estimate that Edmonton resident salary averages are at least $14,000 per year higher after taxes than someone living in Calgary. The highest-paying jobs include physicians, project managers, pharmacy managers, and architects. As an hourly rate, Alberta's minimum wage is $15 per hour. At the time this rate was increased in 2018, it was the highest rate in the country. The most common jobs typically focus on retail and other service-based positions.

Additional Considerations for the Cost of Living in Edmonton

The city of Edmonton offers a lot of economic variety in a beautiful area. The region has moderate summers as well as winters that are quite cold. As such, people who move to the city can expect to pay much more for things like energy use in the winter. Although the city's temperatures can be much lower than winters in cities like Toronto, the moderate humidity makes the summers and the winters in Edmonton feel more comfortable. On top of a reasonable cost of housing and other expenses tracking closely with the national average, Edmonton is a great place to live. 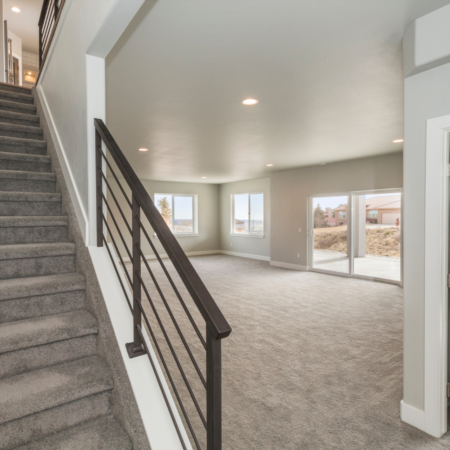 Permits and Basement Developments - Why you need them!

Let’s talk basements today! More specifically basement developments and the reason why obtaining the proper permits is in your best interest....Read More

Want to Buy an Acreage around Edmonton? What you should know about Country living in Alberta

A desire for more space, freedom from lockdowns, peace and tranquility, and enough room to raise livestock, grow your food, or build a swimming ...Read More

APRIL 2021, AGAIN DID NOT DISAPPOINT AND THE MARKET IS STILL ON FIRE! TOTAL RESIDENTIAL SALES FOR APRIL 2021 IN THE EDMONTON MARKET INCREASED 284.5% ...Read More

Lock your rate with Ratefair Preapproval

It takes less than a minute to complete a few questions.
Get Pre-Approved!
X